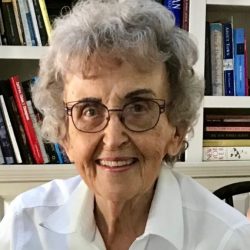 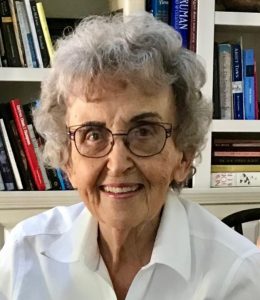 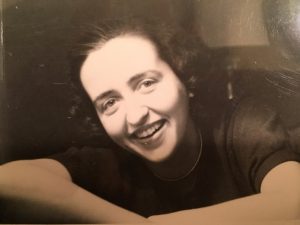 Jane was a lifelong resident of Rochester, New York where she made a wonderful, welcoming home and lived a life of community service. Jane was a graduate of West High School and Cornell University, after which in 1950 she married Bill Dieck. Along with her husband, who served on the School Board, she was an active supporter of the Brighton Central School District, where her children were educated. As her children grew older, Jane was able to pursue a life of volunteer service to the city she loved so well. She served on the Women’s Council of Rochester General Hospital, the Eastman House Council, the board of the Rochester Friendly Home, the Chatterbox Club, where she served as House Chair, and the Women’s Council of the Rochester Museum and Science Center, where she served a term as President.

Her crowning service was to deliver meals to homebound citizens for the Meals on Wheels program of the Visiting Nurses Association of the University of Rochester Medical Center. She did this twice a week for forty-eight years-finally giving up her route at the age of eighty-eight. Of this experience, she said: “Being a Meals on Wheels volunteer meant that I often saw things that made me sad – like lonely, frail seniors with no one to care for them and limited access to good nutrition…But I also got to see lots of smiles from those very same people who were happy to get their hot meal, and to chat for a minute or two. I like to think I brightened their day, but I know for a fact that they brightened mine.”

Beside her husband, children and grandchildren, Jane was also passionate about the visual arts, particularly fine textiles. She was accomplished in selling fabrics and designing and making fine clothing, and throughout her life created hundreds of breathtaking knitting and needlepoint projects. Jane’s keen eye for design was also evident in the unique and elegant furnishing of her home. Her interest in music, which she shared with her husband and children, was fed by her support of the Rochester Philharmonic Orchestra. Her faith life was grounded in being a parishioner at Christ Episcopal Church in Pittsford.

Jane’s reserved demeanor and fierce independence belied the joy she gave and received through treasured friendships. Jane and Bill delighted in their circle of friends with whom they shared life milestones and traveling adventures. Throughout her life, Jane’s quiet wisdom caused friends young and old, lifelong or new, to gravitate to her for mentoring, encouragement, or consolation. The highest accolade Jane could bestow was to declare that a woman was a “nifty gal”. To those whose lives she touched, she was perhaps the niftiest gal of all.

Graveside Services will be held privately.

A Memorial Service to celebrate Jane’s life will take place at a later date.

In lieu of flowers, donations may be made to the Visiting Nurses’ Association of the University of Rochester Medical Center-Meals on Wheels program, 2180 Empire Blvd, Webster, NY 14580 in Jane’s memory. Donate Online