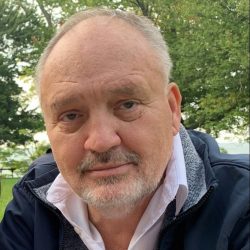 Albert graduated from Monroe High School, Class of 1979. After high school Albert married the love of his life, Nilsa Maria Bryant. The love they shared was beautiful, it was something that everyone saw and felt. It was just amazing.

Albert was a dedicated, hardworking man who lived his life for his family. He worked at a factory for 22 years and during that time he invested in real estate and learned about property management. He was proud to say he retired at 42 years old. He didn’t stop there. No longer punching a clock, he self-managed his time as he grew his business. As a little boy he imagined himself a businessman carrying around a briefcase, working for himself and not answering to anyone. And he did just that and continued to do so through the remainder of his later years.

Albert was a man of integrity. Albert told it like it was. If he loved you, you knew it, he never threw “I love you’s” loosely. If he didn’t like you, you knew that as well. His honesty had favor with people and offended others. When he had something to say he just said it, when he felt a certain way he would let you know. Once he made his mind up about something that was it. He was so stubborn most times, but if you knew him you respected him for it.

Albert loved family. Albert and his brother Jim were known for always getting the family together, he cherished those events. Family was so important to him. Many memories were made at Mendon Ponds for family picnics over the years. He was known to always eat last as he enjoyed watching everyone else gather around the table and eat. He would always say “Feed the babies first!”. He loved spending time with his brothers and sisters, nieces, and nephews. As the grand children were born, he focused on spending as much as time as he could with them. He would enjoy joking, watch them play, snuggle up and watch tv and movies with them. Albert loved talking about his kids and how proud he was of them. He was a great father who was strict but funny and giving. He was a father to many who had no father or a positive male role model on their life.

Albert over the years he also enjoyed, hunting, boating, playing horseshoes, playing cards, watching football, driving his corvettes, and going to car shows. Traveling to Florida to his getaway home in Cape Coral made him whole. He would go to the beach, walk the pier and fish whenever he could. Alberts most favorite thing to eat was steak paired with his famous mac salad. He was proud of his steaks, and he said “I make ‘em better than any restaurant” and no one argued with him on that! Albert lived his best life.

His life increased the day he dedicated his life to the Lord Jesus Christ in 2021. He soon gained a new family at Encounter Church in North Chili, NY and enjoyed going to church every Sunday and participating in church events and gatherings. He would tell people about the Lord in his own way. He started growing in his faith and had special moments with God he shared with his wife.

A service of remembrance and celebration of life will be held on Saturday, November 26th, 2022, at Miller’s Funeral and Cremation Services, Inc. 3325 S. Winton Road, Rochester, NY 14623. Calling hours for family and friends will be from 11am to 12 noon, Service from 12noon to 1pm and then burial right afterwards. A celebration of life will take place after the burial at Henrietta the Henrietta fire station #1 on 3129 E Henrietta Rd, 14467.