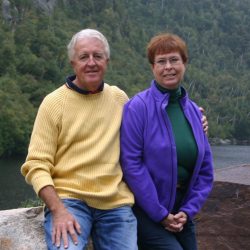 Walter “Tom” R. Thompson III passed away peacefully on November 19, 2022, at his home in Fairport, NY at the age of 79. Born in Point Pleasant, NJ, to Walter R. & Shirley Thompson Jr., Tom was the consummate Jersey Shore boy. He grew up loving the water and all the Shore had to offer- including Jenkinson’s Boardwalk and the Bay Head Yacht club where he spent his summers working hard and planning for his future. Tom graduated from Rutgers University with a Bachelor in American History, with a Masters in Secondary Education from Trenton State College, and remained a loyal supporter of the Scarlet Knights throughout this life.

Tom met his wife Margaret and began their family in Point Pleasant Beach, NJ. Shortly thereafter, Tom’s career continued to prosper and a work transfer brought them to Pittsford, NY.

Tom was a fixture at Xerox Corporation for over 30 years, and he was incredibly proud of the friendships and contributions both professionally and personally his tenure fostered. Tom, also known as Walt by his Xerox family, was the “power behind the pen” as the editor of the Xerox Business Services (XBS) Communicator monthly newsletter for 12 years & 147 consecutive issues- with his first single page issue produced at his kitchen table on his own personal time. Through his diligence and dedication, Tom helped keep team members informed and built a sense of family at XBS.

Also near to his heart was Operation Food Basket where he volunteered fund raising and packing and delivering food parcels within the greater Rochester, NY, area each holiday season. Operation Food Basket was started humbly by a handful of Xerox team members- its first year raising $195 and supporting 11 people within 2 families. Tom joined the campaign leadership team 20 years ago and expanded his role over the past 15 years to include identifying and personally visiting multiple companies and organizations each year to solicit funds to feed the poor. He was very successful and was personally responsible over the years for raising $60,000+ and providing food to 3,000+ people (21,000) meals. Tom’s heart was as big as his willingness to help those in need. The word “No” did not exist in his vocabulary!

Tom was also a proud member of the Upper Saranac Lake Association in the Adirondacks where he spent countless summers by the lake with family and friends. Though his tenure included the role of Back Bay Association (BBA) President over the years, Tom was an association member who did not need a title as his work for the BBA came from his trust in the cause, his love for the Adirondacks and his dedication to the preservation of this special retreat for his family and friends to enjoy for years to come. Tom’s dedication also came from his commitment to his father and mother-in-law, Stanley J. & Margaret Lewand, to keep this wonderful community intact.

Tom is predeceased by his wife of 55 years, Margaret, and is survived by their children Tracey Smallidge (Stephen), Jennifer Larkin (Edwin), Matthew S. Thompson (Elizabeth S. Hayes), Margaret-Mary Schuber (Jason), his grandchildren Zoë, Zane & Zeke Smallidge & Samuel Schuber and his siblings Linda Dilatush (Thomas) and Cynthia Groenhoff (Richard Leonhart) and his many nieces and nephews. Tom was a selfless person, always placing the needs of others above his own. He loved his wife Margaret with all his heart. He was her strongest supporter during their time together and was heartbroken after her passing earlier this year. He was incredibly proud of his children and the people they have become and the lives they have built. He was a good man and a friend to many who will be sorely missed.

A memorial mass will be held at St. Louis Church, 64 South Main Street, Pittsford, NY, on Saturday, December 10th at 1:00pm, followed by a Celebration of Life reception at Oak Hill Country Club, Pittsford, NY, at 2:00pm. In lieu of flowers, a tribute may be made in Tom’s name to the Operation Food Basket Rochester, NY, c/o P.O. Box 443, Macedon, NY, 14502. Donate online at (https://operationfoodbasket.com).