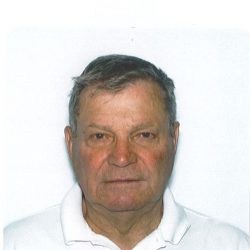 Bob left us very suddenly and was predeceased by his parents, Norbert and Helen Haefner, his brothers, Donald and Tom. He is survived by 13 other siblings: Doris Harding (Bert), Gerald Haefner, Richard Haefner (Peg), Norbert Haefner (Joan), Joan Oneill (John Finnerty), Rosemary Dool, William Haefner (Sharon), Edward Haefner (Peg), Helen Blaszak (Ron Bentley), Andrew Haefner (Diane Sagrafena), Joseph Haefner (Debra), Kathy Odom (Bob), Patricia Neelin, and many loving, nieces and nephews. He served in the US Army from 1961 through 1966. Bob worked 40+ years for the Monroe county highway department supervising work done in the area. He was a lifetime member of the West Brighton, volunteer fire department and served as their chief for a number of years. In his earlier years, he trained trotters that eventually ran at Batavia Downs. He even drove in a few races. He enjoyed hunting and fishing with his brothers and friends. He loved golf, and if the weather was decent, you would catch him every Tuesday out at Craigie Brae with his brothers. Every Thursday, you would see him playing various golf courses with brother Nubby‘s group of seniors. He loved the game of golf, and the time he spent with family and friends on the course. He spent a good deal of his time doing little repair jobs for his many siblings. He was a very generous man with his time and resources. Bob was a devout Catholic who rarely missed Sunday mass. Family was top priority for him and he was always there when someone needed help. He will be forever in our hearts.