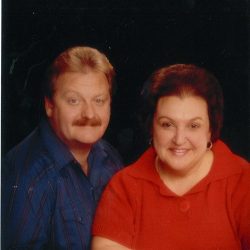 Ronald posman passed away peacefully on December 16, 2022 (his 70th birthday) at Strong Memorial Hospital after a long battle with cancer.

Ron was born December 16, 1952 to Walter Paul and Shirley Ann (Teeter) Posman and graduated from Victor Central Schools. After graduation he went to work at Mobil Chemical in Macedon and later moved to Kodak in Rochester. While at Kodak, he met and married the love of his life, Mary (Castellano). Shortly after retirement they relocated to LasVegas for many years before returning and settling in New York.

Ron was predeceased by his love, Mary in 2021 and his father Walter Paul Posman. Ron is survived by his daughter, Shannon (Robert Manuse) Lopez and their boys Riley and Bailey; daughter, Casey (Clarence) Dalcin; his mother, Shirley Ann Posman and his brother Louis (Linda) Posman; Mary’s son, Matthew (Nicole) Pfeffer and their children, Jacob, Nathan, and Caden. Ron is also survived by his nephew, Jeff (Adria) Posman and their children, Garrett and Miranda; his niece Melanie (Joshus) Lavey and many aunts, uncles and cousins.

In lieu of flowers, his daughters are requesting any donations should be sent to them to help cover expenses. Please forward donations to: Casey Dalcin, 323 Sunset Drive, Holley, NY 14470.

Services will be held privately at the convenience of the family.