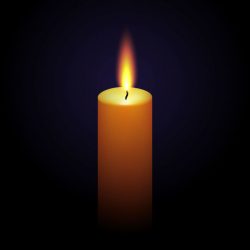 John was born 9/5/1929 in Rochester, New York. Son of Verna (Whitehair) and Glenn Graham.  He is survived by his loving wife of 68 years, Doris (Gleichauf) and his 5 children, Richard (Elynor) Graham, Kathleen Lindsay, Susan Spade, Mary Beth (Mark) Wayne, John (Diane) Graham. He will also be missed by his 11 grandchildren and 12 great-grandchildren in addition to several nieces, nephews and cousins.

John served his country in the army during the Korean war. He was a Rochester Firefighter for 38 years and retired as Executive Deputy Fire Chief (Car 2).

He enjoyed a long and active retirement in Fort Myers Beach, Florida.

A funeral mass will be held at St. Monica’s church, 831 Genesee St, Rochester, New York 14611 at 11:00 am on January 13th, 2023. A reception will be held following the service at the Rochester Firefighters Local IAFF 1071 union hall, 65 Hudson Ave Rochester NY  14605. Interment will be held at Holy Sepulcre Cemetery at the family’s convenience.