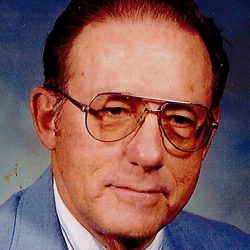 George was born on September 7, 1927 in Lynn, Massachusetts. He is the son of the late Harry Graham and the late Lillian Converse. The majority of his early years were spent in Springfield Massachusetts, graduating from Springfield College and obtaining his graduate degree from UMass Amherst.

After his three years of service in the United States Navy, George returned home in 1950 and married Barbara Smith and was a devoted husband for 70 years. Shortly after, they moved to Rochester, New York, where they started their family and began their careers. George taught physical education at numerous schools in the Rochester City School District, mainly at Charlotte Junior Senior High School, where he was the Athletic Director in addition to his teaching duties.

In addition to his teaching and coaching, George was an avid golfer, as both he and Barbara were active members at the Lake Shore Country Club for many years. As a native New Englander George was a big fan of the Boston Red Sox, the Boston Celtics and the New England Patriots.

The family would like to express their gratitude toward all caregivers at the Glenmere Assisted Living Facility and The Friendly Home.