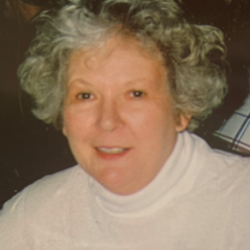 Carol graduated from Cobleskill College and attended the Rochester Institute of Technology. She worked for many years at Itek Corporation until her retirement.

She was a docent at Sonnenberg Gardens in Canandaigua for many years. As an active member of the 7th District Federated Garden Clubs of NY, she served a term as Director and Treasure. She also served a term as editor of their newspaper ”The Herald”.

Carol enjoyed traveling with her husband and also with the garden club.

Donations may be made to Sonnenberg Gardens, Lollypop Farm and/or the Civic Beautification Memoriam at 1 Heron Way North, Fairport, NY 14450

A celebration of life service will be held at Sonnenberg Gardens in the Spring, details will be announced at a later time.