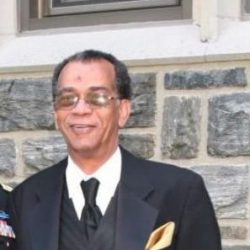 Trevor George Bryan departed this earth on January 5, 2023 at age 70. He was predeceased by his parents, Stanley and Ivy (Mattrasingh) Bryan; brother, Milton Reid.

Trevor was born on January 26th, 1952 in Yorktown, Clarendon, Jamaica. He graduated from May Pen High School in 1970. After finishing high school, he immigrated to the United States to further his education at the New York Institute of Technology and graduated with his A.A.S. in Chemistry in 1975. Trevor concluded his studies by earning his Bachelor of Science in Chemistry at the Rochester Institute of Technology in 1983.

Trevor was employed by the Eastman Kodak Company for over 30 years where he worked as Chemist in Research and Development. His research work explored polymer chemistry where he focused on size exclusion and chromatography. Much of the work that he performed at Kodak was published and widely circulated in the field of chemistry and academia.

Trevor met his beautiful bride, Joyce, while working in Erie, Pennsylvania where she was an educator. The couple was married in 1977 and moved to Rochester, New York, where they settled in and started a family. His son, Christian, was born in 1980, and daughter, Cassandra, followed in 1984.

Trevor had a passion for current events and could often be found reading periodicals and engaging in political discourse. Trevor enjoyed playing in a soccer league with colleagues while at Kodak and enjoyed many a fantasy football season. He was known for his quick wit and humor amongst friends. Trevor enjoyed hosting Jamaican students at Roberts Wesleyan College, where they would enjoy spending Sundays for dinner and fellowship. He had a passion for cooking traditional Jamaican cuisine and hosting neighbors and friends to enjoy. Trevor enjoyed gardening and planting fresh vegetables which were often a staple in his dishes. In retirement, he enjoyed traveling to visit with his brothers in Florida and mother and sisters in New York City. Trevor enjoyed many extended stays in the sunshine state where his wife was born. Trevor also enjoyed traveling to visit his grandchildren in Maryland, where he could be found cooking for friends and family, in addition to spending his time on the soccer sidelines with his grandchildren.

Family and friends are invited in fellowship and faith on Saturday, January 28th at 10 AM for a Memorial service to honor and celebrate Trevor’s life. The service will take place at the Interfaith Chapel of Miller Funeral and Cremation Services, 3325 Winton Road South, Rochester NY 14623.

Floral donations may be made to the funeral home through Kittelberger’s Florist and Gifts in Rochester NY.