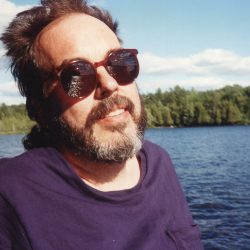 Scottsville:  Passed away unexpectedly on October 22, 2020 at age 73.  He was predeceased by his parents William Miles and Joanne Baker Miles.  He is survived by his wife of 28 years, Cathleen Ashworth; and a daughter whom he adored, Maya Miles.

William (Bill) will be missed greatly by his sisters Margo Lacey and Carol Baker and his sister-in-laws – Cindy Ashworth Benneke and Diana Shipley, and their respective husbands.

Bill leaves behind many nieces, nephews and dear friends whose lives he touched in many ways.

Bill was born in Chicago, IL in 1947.  He attended University of Il, at Urbana-Champaign.  He received advanced degrees in Sociology and worked for many years as a researcher.  Bill was a true child of the 1960’s; he protested for peace in Vietnam, marched for equality and justice, and loved rock and roll.

He moved to Rochester NY in 1987, to take a job as the Director of the Rochester Youth Development Study where is worked until 2004.  He met his wife Cathleen Ashworth shortly after moving to Rochester. Bill and his wife and daughter Maya loved to travel, and they had many great adventures.  Bill’s passions were many and he loved life.

A Zoom Memorial of his life will be announced soon.  In the Spring of 2021 there  will be an in-person Celebration of Bill’s Life.

Those wishing may make a contribution in Bill’s honor to Rochester Foodlink https://foodlinkny.org/