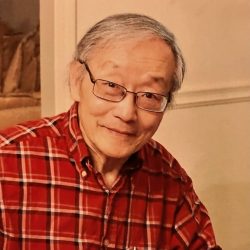 Hui was born in Guizhou, China on September 25, 1942 to Wei-I and Yu-Ching Chang. He and his family emigrated to Taiwan in 1949 where he graduated from National Cheng Kung University. He came to the US in 1966 to pursue his graduate studies. He received his Masters in Civil Engineering from Brigham Young University in Utah and his PhD in Rheology from the University of Wisconsin at Madison. He married his wife Ku-Ying in Madison on June 19, 1971.

Hui spent the majority of his career at Xerox Corporation, where he had many notable accomplishments, filing multiple patents and driving process innovations in their toner department. He was awarded the Xerox Corporation President Award in 1984 for his individual contribution on a critical project. Notably, he was the first Asian American to receive this recognition. He spent almost four years on an overseas assignment for Xerox in Tokyo, Japan and was ultimately promoted to Senior Fellow before he retired in 2005.

He loved playing tennis, watching football, especially the Buffalo Bills, singing, playing mahjong, skiing and spending time with his friends. He was a founding member of Chinese Choral Society of Rochester and sang with them for many years. He and his wife were well-known for hosting an annual Christmas Eve party, bringing multiple families together each year for over 40 years. He valued his friends and family greatly and was in turn, loved and valued by them all.

He is survived by his wife, Ku-Ying, his daughters Hetty and Kathy (Michael), grandson Zeke, his three brothers, Ding, Ming and Chi; and numerous nieces and nephews.

A private memorial service will be held in the spring. The family suggest that memorials may be made to the Michael J. Fox Foundation for Parkinson’s Research. A tribute page has been set up for Hui on the MJF Foundation website (Hui Chang Tribute).