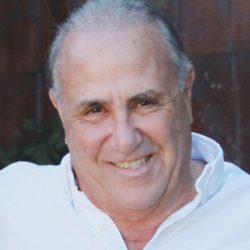 Louis “Lou” Richard Capozzoli Passed away on Saturday, January 9, 2021 at age 68 after a sudden fierce and impossible battle with pancreatic cancer. Lou admirably faced his illness with strength and grace wanting to tie up personal lose ends and finish projects while spending as much time with his loved ones as possible. Originally from Rochester, NY, he later resided in Puerto Rico, and found his latest home in Auburn, AL, where he affectionately answered to “Papa Lou” by his four grandchildren; who he adored beyond measure.  There he began to fulfill a lifelong dream of building a lake house.  On his final day, he was surrounded by his children and family in his former home of Rochester.  Lou was a doer – he lived each day ready to solve a problem or fix something that needed fixing. He was a visionary and left his mark on the world with his passion for printing, design, and photography, his hard work ethic, and his willingness to teach and help others. Lou appreciated nature, traveling and learning about the world. His powerful mind and contagious laugh will be missed, but remembered and honored by many.

There will be no calling hours. Friends may join the family of Lou in June for a celebration of life memorial service in Rochester, NY.  Visit back to this site for more information to follow at a later date.

In lieu of flowers, donations may be made to: