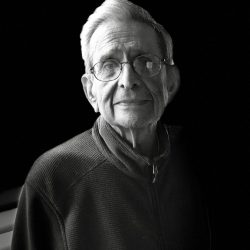 Dr. Ambat G. Bhaskar, retired pathologist and resident of Brighton, NY, died on January 16, 2021, peacefully at home with his family by his side.

Dr. Bhaskar was predeceased by his wife, Prema Bhaskar, and survived by his children, Dr. Rohit Bhaskar and Sunitha, granddaughters Nitya, Divya, and Sandhya, Ranjit Bhaskar and Lauren, grandsons Morgan and Rilen, Anuradha Chittenden and Tom, granddaughters Amara and Abigail. He is also survived by his extended family in India including TN Nayar, Sathi Nayar, and TK Madhav, as well as many others. He was a father figure to many of his nephews including Siddharth Nayar, Rahul Kumar, and Ramesh Nair.

Dr. Bhaskar was born in Chennai (formerly Madras), India, and attended Madras Medical College. Following his graduation, he served as a doctor in the Indian Army reaching the rank of Major and stationed in Kashmir. He came back to Madras and became a lecturer at Kilpauk Medical College and then moved to Trinidad and served as a medical doctor at Port of Spain General Hospital. In 1974, he moved to Rochester, NY, and worked as a pathologist at Genesee Hospital for 10 years. This was followed by 21 years as the Director of the Laboratory at Somerset Hospital in Somerset, PA, where he was well-loved. After his retirement, he returned to Rochester and served as a consultant pathologist in the area for several years.

Dr. Bhaskar was an avid golfer, teller of tall tales, and a big fan of the Bills and the Steelers. He was also a cricket fanatic, spending many late nights watching live matches across the world. He spoke several languages and loved to talk with strangers and friends alike about a variety of topics. After his retirement, he and his wife enjoyed traveling with his lifelong Rochester friends, spending time with children, grandchildren, and extended family, and being part of the Indian community. He was kind and generous and had a close-knit group of neighbors and friends, participating in numerous functions, card games, and potlucks. In later years, he became a technology geek. However, to the bane of his nephew and son in law, his computer was so full of bloatware that it would barely start. He filled his kitchen counter with the latest gadgets which left no room to cook his famous potato curry. In his spare time, he took up painting with both watercolors and oils. He also loved to listen to classic Indian ghazals and American crooners but stayed current with popular music to keep up with his granddaughters’ Spotify playlists.

In lieu of flowers, please consider donating to a local food bank near you or through Food Link

He will be fondly missed by all who knew him. We would like to invite family and friends to join us for a virtual Memorial Service to celebrate his life on Jan 30, 2021 at 12:00 PM to 1:00 PM, EST Click for Virtual Service

Please note that the time is Eastern Standard Time.