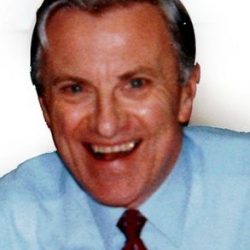 Obituary of Irving G. Bouton The world has lost a gentle soul, a brilliant mind and a generous heart. Irving Gladwin Bouton died unexpectedly Oct. 31, 2011, following a brief illness. He lived modestly and tread lightly on this earth, enriching the lives of others with his understated wit, quiet wisdom and many acts of kindness.

He was born Dec. 2, 1927, in New York City to Gladwin and Anna Meade (Shepard) Bouton and raised in New Jersey. He attended Phillips Academy, whose motto, non sibi (“not for self”), defined his life. He graduated in 1949 from Yale, where he remains on Yale’s all-time Outdoor Top 15 performances list for the javelin throw. During the summer, he coached tennis at Camp Kawanhee for Boys in Maine. There he made many lifelong friends and met his first wife, Patricia Jones, with whom he had two daughters: Barbara in 1953 and Deborah in 1955.

He was a reluctant soldier who earned a medal from the Army for service in the Korean War, during which he was sent to compete in the U.S. Olympic trials in track and field. He later earned an M.F.A. in photography from Ohio University. After his marriage to Patricia ended, he married Irene Cooper. Their jobs took them to West Virginia, Florida, Connecticut, New Jersey and ultimately Rochester, where Irv signed on with Kodak in July 1965. He loved his work and made many lasting friendships, retiring in 2001 after more than 35 years traveling the world as a photofinishing expert, teacher/trainer and marketing education specialist.

Irv was a quiet genius, a humble and private man who kept his many accomplishments to himself. His attention to detail is legendary. He was a perfectionist who could fix anything and believed that anything worth doing was worth doing right â€“ and more right, and then righter still. By the time most people even heard of a personal computer, he already had built two for himself. His curiosity was insatiable, the breadth of his knowledge extraordinary.

He also was incredibly generous, supporting a number of charitable organizations. Recently he had become an avid bird watcher and feeder of all manner of critters who visited his backyard. Whereas most would go to great lengths to rid their feeders of squirrels, Irv had two favorites he’d call visitors to the window to watch. Nothing gave Irv more pleasure than making something or fixing something for someone else. If he had a fault, it was in not leaning on others — not asking for help when he needed it. He downplayed his recent illness, insisting he was fine until he simply was not. But he left us the way he wanted: swiftly, painlessly, without fanfare.

In addition to his parents, he was predeceased by his wife Irene in 1974; his sister, Ann Wilson Bouton Anderson; and his beloved Aunt Dody. He leaves two daughters and their families: Barbara Lynne Bouton of Ashburn, Va., and her sons Benjamin David Bouton Schmitt and his wife Hannah of Nashville, Tenn., and Daniel Gladwin Bouton Schmitt of Richmond, Ky.; and Deborah Ann Bouton of Burlington, Vt., her husband Daniel Herman, who had a close relationship with Irv, and their children, Anna Marissa and Julia Rose Herman. He also leaves two nieces, a nephew, dear friends Kathy and Carl Broman of Avon, and Liz Trimble of Fairport.

The family is extremely grateful for Carl and Kathy’s loving companionship over the years and for the watchful eyes and assistance of neighbors Don and Dottie Chapman.

Visiting hours will be from 4 to 6 p.m. Sunday, Nov. 6, at Miller Funeral Homes (3325 Winton Rd. S), immediately followed by a brief memorial service. In lieu of flowers, memorial gifts may be made to: