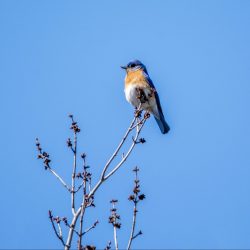 Passed away on January 27th, 2021 from COVID at the age of 89 years. He is survived by his wife Noel, sons Eric (Annlyn) and Paul (Dawn Revette), and grandchildren Michelle, Jessica Jameson (Gavin), Caleb, Elizabeth and Zachery. He is predeceased by brothers Alfred and John and survived by his sister, Theresa Worden and 5 sisters-in-law’s: Deanne, Florence, Christine Leavitt, Kathy Ammerman and Sharon Chernoff. He is also survived by 12 nieces and nephews.

Fran attended grade school at St. Theresa’s on Mark Street, and after graduating from Aquinas joined the Air Force and left 6 years later as a staff sergeant. He loved to share stories of his time spent in Northern Greenland, where he was one of the first 30 airmen to prepare the building of Thule Air Base, and met the Inuit sons of explorer’s Perry and Henson. He commanded a communication hill in the Korean War, and later shared how disheartened he was by the scale of US bombing between the signing and enactment of the cease fire agreement. In the 1960’s he studied computers and spent most of his career at Mobil Chemical working in data and telecommunications management.

Fran was a loving and devoted husband for 62 years, a supportive and caring father to his two sons, and an amazing, dedicated grandfather to his five grandchildren. He was a conscientious and sensitive man who loved dogs, always had bird feeders full for the birds in his yard and spent years tending huge gardens with his wife, Noel. The gardens became a family adventure that his children and grandchildren helped plant and harvest each year. An avid golfer, bowler and pool player he spent time enjoying each in his years of retirement in Leesburg, Florida where he and his wife spent the winters months for more than 20 years.
He was a very kind and caring soul and will be greatly missed.

You can view a recording of the Memorial Service for Fran and Noel below. Donations in his memory may be made to Brentland Woods Episcopal Senior Life Community Visit Website.