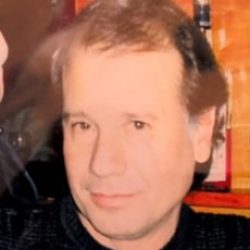 On Thursday, January 7, 2021, Anthony Hockenberry Sr., loving husband and father of two children, passed away at the age of 66. Anthony was born on October 20, 1954 in Rochester, NY to Paul David and Marie Hockenberry. He was a driver for Interstate Batteries for a number of years and a school bus driver for the Rush Henrietta school district. He deeply valued his friendships and relationships from both in and out of the workplace. His friendships were lifelong and considered family. On May 9, 1981 he married Laraine Kaiser. Together, they raised a son, Anthony Jr., and a daughter Stephanie. He was the epitome of a family man, as everything he did revolved around providing a loving home and bestowing an environment for his children to have every opportunity to thrive.

Anthony had a passion for classic cars and motorcycles and he looked forward to summers to drive his Oldsmobile 442 and ride his Harley Davidson. He made everyone around him feel special as he had a very contagious sense of humor. He was unapologetically affectionate and caring.
Anthony was preceded in death by his mother, Marie, father, Paul David, Aunt Laraine, Uncle Phil and close friend Gary Felton. His dear Aunt Anne Sudore passed only days after Anthony’s death. He is survived by his wife, Laraine, son, Anthony Jr.(Caitlyn), daughter, Stephanie, siblings Paul David Jr., Roy and Marilou, best friends, George McAvinney, David Snyder, Tony Pulci, Kevin Corrigan, partner, Donna Durbin and workplace family at the Rush Henrietta Transportation Department.
More details of a memorial service to come.