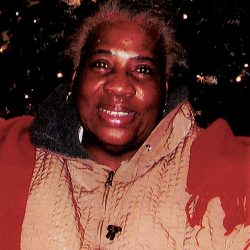 Margaret Geneva Woodard Blow was born on December 9, 1951 and passed on December 24, 2020. She was born to Leroy Woodard and Emily McClain in Columbus, North Carolina. In her early years, she lived in Andrews, South Carolina; Norwich, Connecticut; Fall River, Massachusetts and the Bronx, New York. Margaret spent the remainder of her life in Rochester, New York, where she raised her only child, Shante Howard and took care of her brothers, Leroy Woodard, Jr. and Walter Woodard.

Margaret was loved by all who knew her. She had such a caring and giving heart. She would give what she barely even had. If someone ever needed help, she would do what she could to help and ease the burden. Margaret was the glue of the family. She talked to everybody she could, even those she hasn’t seen since she was a child. Because of her, the family was in touch and grew closer.

Margaret survived both parents and her brother, James Sumter. Margaret is survived by her daughter, Shante Howard, her siblings, Larry MClain, Leroy Woodard, Jr., Fannie Bell Woodard, Walter Woodard, Judy Strickland, Stella Gorenstein and Linda Williams, along with her (great) nieces and (great) nephews and many other family members. She will be sorely missed.