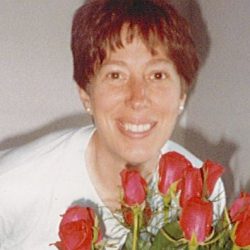 Joanne worked at Xerox as a technical librarian and then at Planned Parenthood also as a librarian. She did medical transcription work for doctors. Much of her life was spent volunteering and she was active in the Monroe County School Boards Association where she served as president for a year. She was on the West Irondequoit School Board and also served as president for a year there. Joanne was a translator for braille and a Girl Scout Leader. She volunteered at the Food Cupboard in Victor. She was a member at Resurrection Lutheran Church in Irondequoit.

No calling or services. Family and friends will gather later this year to celebrate Joanne’s life. Contributions in her memory may be made to the Alzheimer’s Association Rochester & Finger Lakes Region Chapter (435 E Henrietta Rd, Rochester, NY 14620).