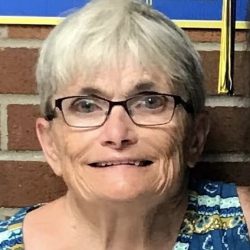 Joann “Jo” Louise Shaffer passed away on April 29th, 2021 at the age of 70. Jo was born in Canandaigua, NY on October 31st, 1950 and was a graduate from Victor High School. Joann met her husband, Frederick Shaffer in 1967 at a Baptist Hill dance. They married 5 years later in October of 1972. They went on to have two children, Kenneth and Kelly. Joann loved spending time with her grandchildren. She was a hockey, soccer, rugby, track, and softball grandma. She loved to watch her Yankees play even though her husband Fred liked the Red Sox. Joann was always willing to open her arms out to anyone in need. She was the type of person to always be there for you even if she barely knew you. Jo was always trying to feed someone especially if you stepped foot in her home. She may not have been a professional chef, but she definitely made a mean peanut butter and jelly sandwich and spaghetti. She was very loving and caring to all she encountered in life.

Joann will have calling hours at Miller Funeral and Cremation Services of Victor (301 W Main St) on May 7th, 2021 from 4pm-8pm followed by a burial at Boughton Hill Cemetery at 10am on Saturday May 8th, 2021. Due to COVID-19 Restrictions, we ask that CLICK HERE for a time for calling hours