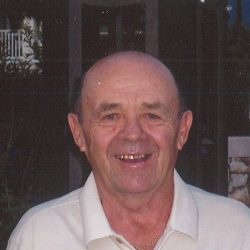 Born in Groschogen, Romania in 1931, he was the son of the late George and Katherine (Bachner) Horeth

John was a loving and dedicated husband, father, grandfather and great grandfather. He was most proud of his marriage of 60 years to his late wife Renee and his family. John came to the United States in 1950 at the age of 19 to begin a new life after the war in Europe. He learned the trade as a Master Plumber where he began working for various companies before getting the position with the Genesee Brewing Company where he was for 37 years. John dedicated his life to his family, his career and teaching and supporting youth soccer and baseball.

John enjoyed all sports with a particular love of playing and coaching soccer, golf, tennis and bocce ball. He especially enjoyed watching the soccer games on TV from Germany and England.

In lieu of flowers, memorial contributions may be made to the charity of your choice in the name of Johann (John) Horeth