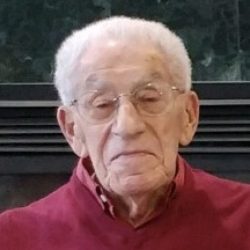 Friends and family may call Thursday, July 8, 2021, 4PM-8PM at Miller Funeral Home, 3325 S.Winton Rd, Rochester, NY 14623.
Funeral Mass will be celebrated Friday, July 9, 2021 at 10:00AM at St. Margaret Mary Church, 401 Rogers Parkway, Rochester, NY 14617
Private Family Interment at Holy Sepulchre Cemetery.
As an expression of sympathy in lieu of flowers, donations may be made in his memory to the Alzheimer’s Association, 435 East Henrietta Rd, Rochester, NY, 14620. (WEBSITE)
Friends and family are invited to share thoughts and special memories on Joe’s online guest book.