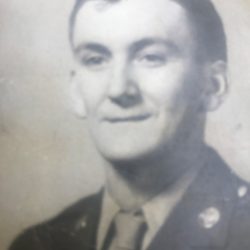 John proudly served in the Army Air Corps during World War II as a Flight Engineer. He retired from Xerox in 1982 and worked part time at Coopervision for many years; he was an avid bowler, hunter and life member of Faith United Methodist Church, formerly Christ View UMC.

A Memorial Service will be held on Friday October, 9th at 4PM at Faith United Methodist Church, 174 Pinnacle Road, Henrietta, with a time of fellowship to follow until 6PM.  In lieu of flowers, contributions may be made to the Veterans Outreach Center, 447 South Ave, Rochester, NY 14620.  Donate Online