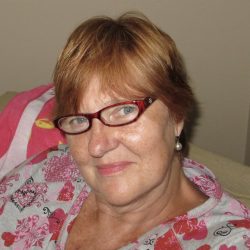 Died on September 5, 2021 after a brief illness. Her devoted son Mikel (Mike) was at her side.

Born on March 5, 1948 in Brezice, Slovenia (former Yugoslavia), she also lived with her family in Germany until they immigrated to the United States in 1968 during her early adulthood. Though continents apart, Almira enjoyed maintaining contacts with family and friends from her homeland. She would sometimes use social media to share photographic glimpses from earlier times. She was a proud Slovenian and even followed and was a fan of the National Slovenian Basketball Team. She recently enjoyed their Olympic run this past summer.

Almira was a longtime, faithful, and valued employee of the Concorde Medical Group, in NYC which later became Northwell. After she relocated to Rochester, NY to be near her son and his family, she was persuaded to remain with the company. She agreed and continued in her position until her death. At the time of her demise, she was planning to relocate to California to follow the family again in order to be close to the joys of her life…….her grandchildren.

Known for her generous spirit, Almira took great pride in gifting to family and friends items that she treasured or that she thought others would enjoy.

Left to remember Almira are her beloved son, Mike (Monica); grandchildren, Mikel Sergio (Mikey), Mya Evelyn, and a host of family and friends.

A private service will be held later.