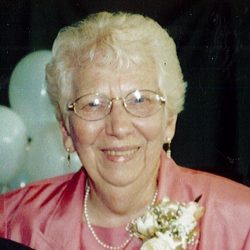 Tennie Lee Green, 98, of Linden Knoll, Rochester was taken peacefully into the arms of Our Lord early on the morning of Thursday, August 26th. Lee, as her family and friends called her, was born Tennie Lee Daniel on April 17, 1923 in Manchester, Tennessee to Lonnie Napoleon Daniel and Minnie Myrtle Simmons Daniel. Lee retained her Southern charm, grace and accent to her last days.

Lee’s early years were spent in Tennessee. She moved to New York State in 1949 and married her late husband, George Green, in Ovid, New, York on August 23, 1952. While they had no children of their own George and Lee “adopted” their nieces Patricia and Ruth in 1961 and raised them as their own.

Lee worked for many years at Willard State Hospital in Ovid, NY and finished her career at the Rochester Psychiatric Center. After retirement Lee engaged in many hobbies. She became a talented artist and painter. Another of her hobbies was baking. “Paaah” (“pie” in her Southern accent) was a favorite. She worked at the Christian Science Reading Room and was a woman of devout faith. With the Senior Citizens she made dresses for poor children and more recently at Linden Knoll made masks.

A Memorial Service will be held on September 21st at 10:00am in the Interfaith Chapel of Miller Funeral and Cremation Services, Inc., 3325 Winton Road S., Rochester, NY 14623

The family wishes to thank the staffs of Linden Knoll and The Friendly Home and especially family friend, Jane Huey, for their love, care and comfort of Lee.