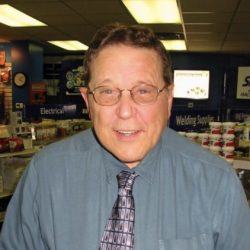 James R. Bailie (83) of Rochester, NY died peacefully at St. John’s Home on October 9, 2021. He was preceded in death by his parents Ann and Sam Bailie, his brother Bill Bailie and his nephew Jim Bailie.

Jim was born on June 18, 1938, in Rochester, NY and resided in Rochester his entire life. He was a graduate of Rider College in Lawrenceville, NJ. He was the credit account at Upstate Systems for over 25 years, retiring in 2018. In addition to his work, he took care of his parents until they died. Jim will be remembered for his sense of humor, kindness, and devotion to his family. He was nicknamed “Monkey Jim” by his nieces, since he regularly gave them apes and monkeys as gifts. He would play games for hours with any child that was around, some would say his favorite game was “Pretty, Pretty Princess”, he would say it was not! He would regularly drive his parents to visit his brother’s family for holidays, and for visits with family “back home” in Chicago. Jim enjoyed travelling, he went to Australia multiple times, took his parents to Ireland, Europe and Lake Louise in Banff Canada.

Jim is survived by his best-friend, his cat Cleo, nieces Diane (Joe), Jean and Angie, sister-in-law Ann, seven great-nieces/nephews and many friends. The family would like to thank the friends who visited Jim these past three years, and the staff at St. John’s Home for providing excellent care. A private burial service will be held at later date in Chicago, IL. The family requests no flowers, donations can be made in Jim’s honor to the Humane Society of Greater Rochester at Lollypop Farm (WEBSITE).