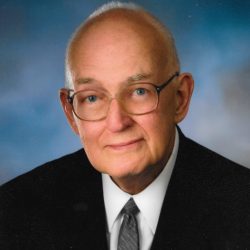 Theodore V. Summers Jr. of Pittsford, NY passed away Friday, October 8th, at the age of 92 with family by his side. He was born in 1929 in Glenn Cove, NY to Theodore and Edith Summers and was the older of two children. He spent his formative years in Oyster Bay, NY and graduated from Oyster Bay High School in 1947. He then attended Long Island Agricultural & Technical Institute in Farmingdale, NY where he majored in Rural Engineering, graduating in 1949. He subsequently attend Colby College in Waterville, ME where he graduated in 1955 with an A.B. in Business Administration. After graduation he worked for National Sugar Refining in Long Island supervising over 120 workers melting and processing raw sugar before transitioning to the financial industry where he dealt in stocks, bonds and mutual funds. In 1961 he married the woman of his dreams, Beverlyn Beyer. Shortly thereafter they departed the tri-state area and moved to Pittsford, NY where he resumed work in the financial industry spending the remainder of his salaried career managing the dividend reinvestment services offered by Lincoln First Bank.

With his wife Beverlyn, Theodore raised two children, son Theodore (Skeeter) and daughter Wendy. Theodore also worked tirelessly to give back to the community in which he lived by putting his financial knowledge to work for the greater good. He joined the Pittsford Fire Department in 1964 where he served continuously for 54 years, with 50 of those years as the organization’s Treasurer. Over subsequent years he also served as Treasurer for the Monroe County Volunteer Firemen’s Association, Pittsford Fire Department Explorer Post 595, Boy Scout Troop 341 and as Budget and Finance Committee Chairman for Northern Central Volunteer Firemen’s Association. In addition, he was elected and installed as Master of the Fairport Masonic Lodge and ushered at Pittsford’s Christ Episcopal Church on Sundays.

From an early age Theodore developed a deep appreciation for classical music, and upon hearing a piece could almost instantly name the composer as well as the specific symphony. Roller coaster rides were something he looked forward to; the steeper the drop the better. He was blessed with a mind that could memorize a map which meant in the years prior to GPS becoming ubiquitous, he was the go-to guy for detailed directions as well as where to stop for the best food and ice cream sundae along the journey. Those who traveled with him knew he could tell you exactly what type of livestock or crop a farmer had in his field. Beyond the Mid-Atlantic region of the country, he enjoyed traveling with his wife Beverlyn to the western continental United States, Hawaii and England as well. He was also immensely proud to have personally commissioned his son an Officer in the US Navy.

Theodore will be remembered for his love of Country, his family, his generosity and willingness to give back to his community. Theodore is preceded in his death by his parents, Theodore and Edith Summers, his brother Richard and his wife Beverlyn. He is survived by his son, Theodore V. Summers III, daughter Wendy S. Summers, his grandchildren Nathan, Colin and Haylee Lovato, and his nieces, nephews and many cherished friends.

Family and friends are invited to gather for a time of visitation on Friday, October 22nd, 2021 from 4:00 to 7:00 PM at Miller’s Funeral Home and Cremation Services, 3325 S. Winton Rd., Rochester, NY 14623. A memorial service to celebrate his life will be held at Christ Episcopal Church in Pittsford, NY at 1:00 PM on October 23rd. Interment will be at the Pittsford Cemetery at 12:00 PM on October 24th. In light of Covid, masks will be required at all gatherings.

In lieu of flowers, donations can be made in his name to the:
American Stroke Foundation
Click HERE to Donate