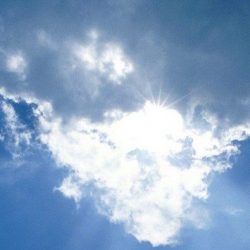 Bill was born in Hornell, NY.  He was predeceased by his parents Gaylord and Ruth Dodge and his brother Robert.  Bill is survived by his daughters and son, Debra (Ed) Wildow,  Eric (Margaret) Dodge, and Linda (Christopher) Chamot, Sister-in-law Chrystal Dodge as well as 9 grandchildren and 2 great grandchildren.

Bill graduated from Alfred State with a degree in Mechanical Engineering, and worked for Eastman Kodak for 35 years. After retirement, he earned a degree in Microbiology at Brockport with the hope to better the lakes/ponds in the where he lived for 30 years.

Bill enjoyed traveling to document his family genealogy.  His creativity brought to life many unique projects found throughout his home. Bill was part of the square dance community for 35 years.  He was an accomplished square and round dancer, including being an angel dancer for new members.  He also volunteered regularly at Rochester General Hospital escorting clients to hospital offices. Bill recently became a Buffalo Bills fan, sharing his new interest with his best friend Liz.

Private services to be held at a later date.