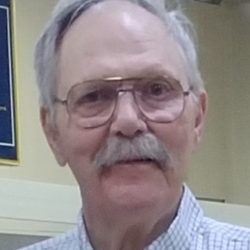 On Monday, October 5, Billy passed away at the age of 82. Billy was predeceased by his mother, Winifred Deeley Wade, his father, Edward Wade, his brother, Ed Wade and a son Dan Wade. He leaves behind his wife of 32 years, Sandra (Reese) Wade, four sons, Bill Wade, Sid Wade, Paul Wade and John Wade (wife Angie), two stepdaughters Inger Dorney and Carol Miller, his sister Patty Jean Barnett, eight grandchildren and eight brothers and sisters-in-law and many nieces and nephews.

Billy joined the Marines at the age of 20 and served from 1958 – 1968. During his military service he traveled throughout the far East and visited countries such as Korea, Japan and the Philippines.

Billy had a strong desire to help troubled youth. He was the co-founder of the Ladder Creek Youth Ranch in Scott City, Kansas which worked with such youth.

Billy enjoyed working with carpentry. He enjoyed restoring antiques and furniture to their original beauty.

While he served as the volunteer Chaplin at the NYS Division for youth he was also the director of Thee Carpenter Institute – a volunteer group that recruited local churches to work with youth in prisons.

After retiring, he taught carpentry skills to home-schooled youth.

Billy’s travels were extensive, besides his military travels to the Far East, he also visited Europe, Africa and all of the US. He especially enjoyed spending the winters in Florida with his friends.

One of Billy’s most favorite past times was to tell silly jokes – especially the same one over and over again – as long as he made people smile.

A Memorial Service and interment at a National Cemetery will be scheduled at a future date. In lieu of flowers, donations may be made in his memory to Honor Flight of Rochester (Website), The Dementia Society of America (Website) or St Mark’s Church in Mendon (Website).