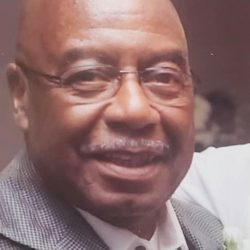 David Lawrence Saxton Sr. was born to the late Amy and John H. Saxton on August 26, 1943 in Tampa, Florida.  He is the third child of a total of ten children (6 boys and 4 girls). His four brothers; Eugene Kenneth, Roger Lorenzo, Edwin Theodore, and Raymond Curtis and his three sisters; Maxine Ruth, Paula Elizabeth and Paulette Maureen preceded him in death. Lawrence, as he was affectionately called, spent the majority of his childhood in Detroit, Michigan after his parents moved there for employment.

Lawrence was educated in the Detroit Public School System.  He graduated from

Lawrence was a Boy Scout and enjoyed spending part of his summer vacation at camp.  He demonstrated how much he loved animals by bringing home a huge turtle he found while walking in the woods.

Lawrence was an excellent swimmer who learned to swim in high school at his mother’s insistence that all of her children learn to swim.

In 1966 Lawrence enlisted in the United States Army and attended the U.S. Army Finance School at Fort Benjamin Harrison in Indiana.  In 1968, he was stationed in Baumholder, Germany.  In 1970, the U.S. Army moved him to Fort Ord in California.

Lawrence is the father of four adult children: David Jr., Jonathan, Rachel, and Brittany.  Milan is his only granddaughter.

Hope is a happiness held in the heart

When happiness seems to be gone.

Hope is a quiet joy deep within encouraging us to go on.

Lawrence was raised and attended St. Mark Missionary Baptist Church.  He confessed his faith in Christ at an early age and was baptized.  His parents and siblings were active in church attending Sunday School, sang in the Young Adult Choir, participated in Baptist Training Union, and Usher Board.

Due to his failing health Lawrence became a resident of Highlands of Brighton in 2018.  While there his family was able to visit with him in person and via technology.

A right time for everything

To everything there is a season, and a time to every purpose under the heaven:

As a family Lawrence and his siblings spent Saturday evenings with their father singing spiritual songs and learning Bible Scriptures.  They  had to learn this Psalm below.

The Lord is my shepherd, I shall not want.

He maketh me to lie down in green pastures:

he leadeth me beside the still waters.

He restoreth my soul:  he leadeth me in the paths of righteousness for his name’s sake.

Yea, though I walk through the valley of the shadow of death, I will fear no evil:

for thou art with me; thy rod and thy staff they comfort me.

Thou preparest a table before me in the presence of mine enemies:  thou anointest my head with oil; my cup runneth over.

Surely goodness and mercy shall follow me all the days of my life; and I will dwell in the house of the Lord forever.

I am the resurrection and the life :he that believeth in me, though he were dead, yet shall he live:  John 11:25