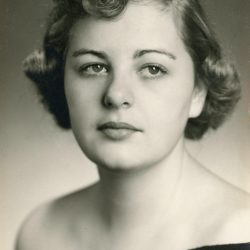 Elizabeth W. Trinkl passed away in Rochester, NY on November 26, 2021 at the age of 90. Betty was predeceased by her parents, Royal Robert and Genevieve Stockton Wickins, husband Frank Trinkl, daughter Joan Barra, and grandson Frank Barra. Until her move to Rochester in 2014, Betty was a lifelong resident of the Town of Lansing and an active member of the Lansing United Methodist Church. She was salutatorian of the Class of 1948 at Ludlowville High School, graduated with honors from Ithaca College, and had a notable career with the Lansing Central School District. Betty worked first as a teacher, and then as a guidance counselor, after completing graduate work at Cornell University. In 2012 she was honored by the Lansing Lions Club for her “dedicated service to the students in the district.” This award was especially meaningful to her because it was initiated by her former students. Strong, resilient and independent, Betty moved to Rochester to be closer to family after losing the love of her life. As part of the St. John’s Community, Betty made wonderful new friends, and once again showed kindness and support to those around her. Betty was an avid reader, enjoyed working on jigsaw and crossword puzzles, and was known for her homemade baked goods, especially her pies. Her greatest joy was her forever cherished family. Survivors include her sister Shirley Van Nest, two daughters, Constance (Richard) Matthys and Alison (Michael Kahl) Teeter, son-in-law Thomas (the late Joan) Barra, five grandsons, three granddaughters and eight great-grandchildren. A private graveside service will be held in the Pine Grove Cemetery at the convenience of the family. With gratitude to the hospice team who supported Betty and her family, donations can be made in Betty’s memory to Rochester Regional Health Hospice, 330 Monroe Ave., Rochester, NY 14607.