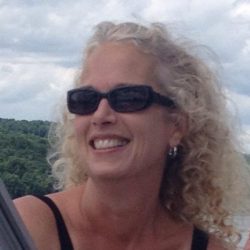 Colleen Donahue Gan, age 64, of Dundee (Keuka Lake) passed away after an extended illness on Friday, Nov 26, 2021 surrounded by her loving family.

Colleen was born in Elmira NY on June 12, 1957 to the late Jack and Elizabeth Donahue.

She is survived by her loving husband of 36 years, Kenneth Gan of Dundee, their three children; Jason (Hannah Shippee) of Canandaigua, Amy (Tony Bailey) of Londonderry, VT, and Devin (Alexandra Ross) of Irondequoit, and two beautiful granddaughters Lilah and Daphne.

Colleen is predeceased by her parents, Jack and Elizabeth Donahue, her sister Margaret  (Peggy) Cole, her brother Patrick Donahue as well as her in-laws Mac and Evelyn Gan.

Colleen grew up in Elmira and attended St. Patrick’s Grammar school before moving to Henrietta at age 12 to live with her sister Peggy and Brother- in-law Don. She graduated from Rush Henrietta High School in 1976 and Alfred Tech in 1978. Colleen was captain of her high school cheerleading team, a title she wore proudly and continued to earn her entire life. Colleen worked at a radio station after college, and lived for a short, yet influential, time in New Orleans with her brother Jerry. During one of her visits home she met Kenny. Colleen and Kenny got married in 1985, and soon after began their family. They lived and raised their family in Pittsford, NY, but found their true home on Keuka Lake in 2004, where they spent every summer and have lived full time since 2013.

Ken and Colleen shared a love to be envious of. As Ken says “One look at her, and it was all over. I had to marry that woman.” Ken and Colleen shared a beautiful 36 years of marriage. Their love for each other was unwavering. Ken and Colleen’s true passion in life was raising their family together. There has never been anyone that has more proudly worn the name Mom. Colleen thrived as a mother. While most parents can’t wait to send their children back to school in the fall, Colleen would hate that she and the kids didn’t get to stay home and play. Some of her most cherished memories were snuggling up with her children in the black chair (the recliner in the living room) in the morning with a cup of coffee.

Colleen carried the title of Mom for so many more people than just her children. “Lake Mom, Momma G, Closet Mom, and BG (Bonus Grandma) are just a few of the names she went by from those that were her bonus kids, that she loved as if they were her own. Her favorite way to live was with a house and beach full of kids. She loved when all the kids would show up at the house. She kept everyone’s favorite snacks in the house at all times, just in case they stopped in.

Colleen was a devoted friend. She has countless friends from each chapter of her life which she continued to stay in contact with regardless of time or distance apart. She was the life of the party, with an energy that lifted everyone around her. She made friends everywhere she went, and made everyone she talked to feel like the most important person in the room. Around Keuka she was known for her readiness to have a great time, and her love for Corona beer. Every neighbor kept a Corona and a lime ready for her visit, and also ready to get their butts kicked in cornhole due to Colleen’s flawless throwing technique.

Colleen had room in her heart for all animals, however, the connection she had with her dogs was special. One of her favorite rituals was spending every summer night reading a book on the beach next to the fire. Casey, the family’s golden retriever, would sit by her side keeping guard until the fire burned out. Colleen would look forward to saying hello to a toad each night, who would hop to the water without fail for a drink before heading to bed. Colleen and Casey had their own form of communication. Casey loved to get rocks out of the lake. He was very good at fetching the same rock you threw in for him. Somehow, Casey often managed to convince Colleen to do his rock diving for him. She would stand in the lake and pick rocks out, and Casey would take them from her hand and line them up on the beach. These two would spend hours a day at the beach together.

This past summer Colleen befriended a pair of ducks, who were aptly named, with the help of her granddaughter: Quackers and Dackers, who got so comfortable that they would follow Colleen around the yard hoping for oats.

Colleen was an avid slalom water skier. After a 20 year hiatus, Colleen got back out there about 5 years ago, and realized how much she loved it. Skiing became a driving force for Colleen’s goals and motivations. She was proud of her accomplishments and abilities.  Ken and Colleen’s favorite days started with an early morning ski together, followed by coffee with friends on the porch. Colleen water skied until late July this year. – What a badass!

Most distinguishing of all, Colleen was the proudest grandma there ever was. The joy her granddaughters brought her is impossible to state in words. Whether it was a quick facetime, or a ride on the golf cart, every moment spent together was the most special time in the world.

Colleen’s amazing sense of humor, her energy, laugh, and smile will be forever missed by those that loved her.

Friends and family are invited to call between the hours of 11:00 am and 2:00 pm on Wednesday, December 8, 2021 at Miller Funeral and Cremation Services, Inc. 3325 Winton Rd. South Rochester.

In lieu of flowers, donations can be made in Colleen’s name to:
Humane Society of Yates County
P.O. Box 12, Penn Yan, NY 14527
Click HERE to Donate