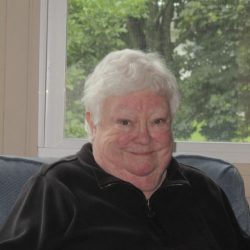 Carol Eleanor (Kearbeline) Davis passed away peacefully at home on November 28, 2021, after a brief illness. She was born to Edward and Eleanor (Retter) Kearbeline on December 24, 1941, in Buffalo, NY. She spent most of her formative years in Barker, NY, where she met the love of her life, Joseph Davis, during high school. Carol was salutatorian of the class of 1959 at Barker Central School. She attended the State University at Buffalo and graduated cum laude in 1963. After graduation, she began teaching first grade at Rush-Henrietta Central Schools. In 1964, she took a teaching position in Colorado Springs, CO, to be near Joseph, who was attending the US Air Force Academy. They married in June of 1965. They spent five and a half years in the Air Force and had two daughters born at Dover AFB in Delaware. In 1971, they moved to Henrietta, NY. Carol spent many years working in the Rush-Henrietta Schools and at Perry Central School, where she was Home-School Coordinator. She retired in 2001.

Carol and Joe spent many years as an Admin Team for UPE Marriage Encounter and were also involved at many levels at Genesee Valley UMC, Downtown United PC, and John Calvin Presbyterian Church.

Calling will be held from 4pm to 6pm on FRIDAY, December 10, 2021, at Miller Funeral and Cremation Services in Henrietta with a memorial service at 11am on SATURDAY, December 11, 2021, at John Calvin Presbyterian Church, 50 Ward Hill Road, Henrietta, NY. Masks at your discretion. In lieu of flowers, please make donations (if desired) to the Rush Henrietta Area Food Terminal or any area food bank in Carol’s honor.