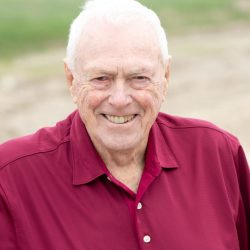 Henrietta: Passed away December 7, 2021 at the age of 84.
Predeceased by parents Howard & Winifred Stehn; brother, Christopher Stehn.
Survived by his wife of 57 years, Carol; children, Daniel (Erin) Stehn, Kerry Stehn; grandchildren, Nicholas & Caitlin Stehn; brother, James Stehn, and many dear family and friends.
Dick was born in Brooklyn and grew up in the Village of Floral Park, NY with his parents, two brothers and two close aunts. Growing up his family was always surrounded by relatives and neighbors in their tight knit community, and he thoroughly enjoyed all family gatherings. Dick was a loving husband and devoted father.
Dick served in the US Army at Fort Dix, NJ and Fort Sill, OK. Over the years he worked in outside sales primarily with Industrial Chemical products.
As a child Dick loved to play baseball often with the older kids. Dick followed his dreams to the minor leagues where he played catcher in the Washington Senators & Brooklyn Dodgers organizations in 1956 & 1957. He continued his love of sports as a dedicated fan of the NY Rangers, Giants, Mets, the Norte Dame Fighting Irish and since the 1980’s the RIT Lacrosse and Hockey programs.
In 1964 he married another athlete from Floral Park and four years later they arrived in Henrietta, NY with their two children where they settled and remained until his passing. Dick instilled his love of sports into his children and was frequently seen on the sidelines of their sporting events. He also brought his NYC roots to upstate where he taught his kids and the neighborhood the joy of playing stickball. Dick and Carol also found a love for the game of golf which they enjoyed and through which introduced them to lifelong friends.
His love for the water dates back to summers spent in Roxbury on Jamacia Bay from the moment school was through until Labor Day and this passion of the water has continued over the past 50 years with our annual family vacations at Lake George. Recently Dick and Carol enjoyed traveling to many of the US National Parks along with a trip to Europe.
One of his proudest titles was “Papa” to Nick and Cate. He loved to watch his grandkids participate is as many youth and HS hockey, theatre, rowing and lacrosse events as possible.
Richard’s Memorial Mass will be held on Saturday, December 11th at 1PM at the Church of the Transfiguration (50 W Bloomfield Rd, Pittsford, NY 14534). Interment will be held privately. In lieu of flowers, donations may be made to Golisano Children’s Hospital DONATE ONLINE or St. Jude Children’s Hospital DONATE ONLINE in his memory.