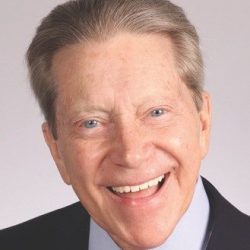 Tim O. Mains passed away suddenly, Thursday, December 30, 2021. He was born in Indianapolis, Indiana on August 4, 1948 to parents Charles H. Mains & Gwendolyn Johnston Mains who both pre-deceased him. He is also pre-deceased by his sister Laura A. Canavesi.

Surviving is his spouse, David Phillip Gardner; they joyfully wed in Canada on May 27, 2006.

He had received a Golden Apple award for 50 years as an educator. He had also served as a Rochester City Councilmember for 20 years (the 1st openly gay candidate to be elected to public office in New York State). His mother called him “a public servant (Educator) AND a public servant (Legislator)”. Tim was a gay pioneer when it was not necessarily safe to be “out”, but with others, paved the way, by example, for future LGBTQ+ generations.

He was a graduate of Ben Davis High School in Indiana and further received a BS in Sociology & World History, MS in Counsellor Education, MS in Educational Administration, M.Ed. in Organizational Leadership and was working on his Doctorate Educational Policy & Leadership.

He worked tirelessly for his students and community. He was not only well educated but also intelligent, dedicated and passionate. He enjoyed the arts especially theater and music (& could be found on stage in a production). Tim had a quick wit and positive outlook on life. His full-hearted laugh and warm smile were a testament to his ability to find joy and exude welcome

Tim was a straight-forward, independent, and tenacious educator and legislator with an eye for detail and a commitment to social and economic justice.

Family and friends are invited to call on Friday, January 7th from 4-8 PM at Miller Funeral and Cremation Services, Inc., 3325 Winton Road South, Rochester. Tim’s Funeral Service will be held at Asbury First United Methodist Church, 1050 East Avenue, Rochester on Saturday January 8th at 11AM. A live stream of the service will be available at https://asburyfirst.org/. Interment will be held at Mt. Hope Cemetery, Rochester. In lieu of flowers, consider donating to one of Tim’s favorite charities: Abcinfo.org (Action For A Better Community, Inc,), Blackfriars.org (Black friars Theater), OutAlliance.org (formerly The Gay Alliance of the Genesee Valley), Lambdalegal.org (Lambda Legal Defense and Education Fund), Thetaskforce.org (The National Gay and Lesbian Task Force).