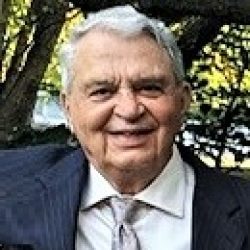 Julius served in the US Army and the Army Reserve from 1954 until 1962. He was proud of his work on many unique and important projects taken on by the Eastman Kodak, Co. however, nothing made him prouder than his family. He was a deeply dedicated son, brother, and favorite uncle. He was devoted to staying engaged with all his family, eager to help and truly generous. He made sure no one ever left his home in need. He will be missed by all who loved him.

A private celebration of life will be held at a later date.