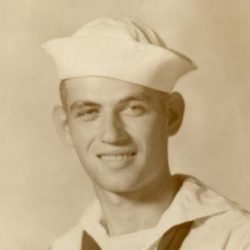 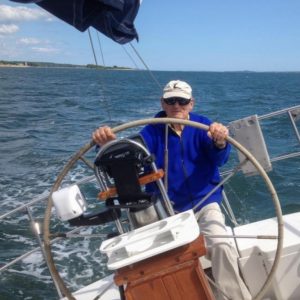 Rod was born on April 19, 1926 in Newark, NJ to Harry and Augusta (Ackerman) Knecht. During high school, he passed the so-called Eddy Test, which enabled him to enter an electronics training program when he was drafted into the US Navy in 1944. One weekend when he was stationed at Navy Pier in Chicago, he traveled by streetcar, train, and bus to the home of a local family who had offered Sunday dinner to a pair of sailors. There he met Nancy Joy Weise. He later wrote that when he set eyes on her for the first time, “a light went on in my brain.” Rod and Nancy dated in Chicago until she enrolled at Purdue University and he was sent to Pearl Harbor. When WWII ended, Rod also enrolled at Purdue. They married in 1948 and were inseparable for 66 years. They lived in Wilmette, IL for 44 of those years, having moved there from Long Island in 1970.

Rod earned a bachelor’s degree in Electrical Engineering from Purdue and worked as an engineer for his entire professional life, first at Sperry Gyroscope on Long Island and later for Stewart-Warner in Chicago. His email handle for many years was “radarrod.” 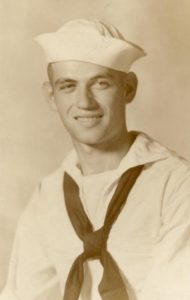 Rod was the canonical engineer: organized, methodical, fact-based, and proficient at problem solving. He was able to fix and make just about anything (he built the first family TV by hand using a cathode ray tube, electronic parts, and a case he constructed). He loved sailing, birds, trees, oysters, Cole Porter songs, the Chicago Cubs, and UConn Women’s Basketball. Upon retirement, Rod and Nancy were able to explore the western US to their heart’s content in their RV. They hiked up the daunting trail to Angel’s Landing in Zion National Park at least twice. They also made several memorable trips to the UK, France, Spain, Italy, and Turkey. After Nancy’s death in 2014, Rod moved to the Rochester, NY area and his life became closely interwoven with the lives of his daughter and her partner. His greatest pleasure during this period was traveling to Connecticut during the summer to sail with his son. He was able to do this until he was 92.

He will be buried next to his wife, Nancy, in Memorial Park Cemetery in Skokie, IL. A celebration of his life will be held for family and friends in the spring of 2022. In lieu of flowers, contributions may be made to the National Audubon Society, the Environmental Defense Fund, or the Nature Conservancy.