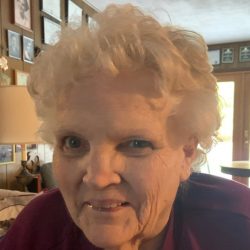 Margaret was dedicated first and foremost to her family. She was a life long member of St. Joseph’s Church in Rush and volunteered both in the church and Good Shepherd School. She was passionate about education and was a literacy volunteer for many years. She and Bill traveled extensively following retirement.

The family would like to send a huge thank you to Sue, Jennifer, Susan and Samantha, the in-home aides that helped ensure that Margaret could remain in her home.

In lieu of flowers, please consider a donation in Margaret’s name to Literacy Volunteers of Rochester (WEBSITE) or Benincasa Hospice in Mendon, NY. (WEBSITE)

Margaret’s Funeral Mass will occur on January 31 at 11 am in St. Marianne Cope Parish at St. Joseph’s
Church, 6105 Rush-Lima Rd., Rush, NY. Guests are encouraged to wear red to the service as it was
Margaret’s favorite color. Internment will immediately follow the service at Pine Hill Cemetery in Rush. A reception will follow.