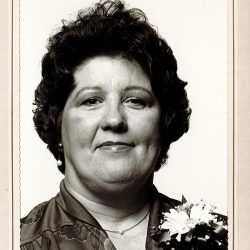 Rochester – Julia Louise Kaiser passed away peacefully at the age of 81 in Phoenix, AZ on February 22nd, 2022. She is survived by her brother Harvey Wayne Kaiser D.D.S., her Sister-In-Law, Gayle Kaiser, and her three nephews Michael, Steven, and Richard Kaiser as well as many other Great nieces and nephews.

She was known as Julia to her friends, but to her family she preferred to be called Judy. She was born to Ellen Louise Kaiser and Harvey Benjamin Kaiser on November 1st, 1940. She attended Saint Boniface Grade school with her brother, from Kindergarten through 8th grade. These years solidified her faith in the Catholic Church and throughout her life she remained a devout Catholic.

Julia graduated Monroe High School in May 1959 and shortly after joined her sorority, Beta Sigma Phi. Julia was an active member in her sorority for 60 years and was even celebrated as Girl of the Year in 1965.

Julia worked for The Rochester Telephone Company starting after High School and took an early retirement in 1994. Afterwards she worked for Kaufmann’s until her final retirement in 2004. She spent her younger years attending music concerts, Broadway Plays, and traveling all around the world by cruise lines.

Julia was an avid supporter of those less fortunate and gave selflessly to Saint Jude and many other charities all her life.

Julia was known for her love of music, people, and animals. She lived a full and memorable life, she touched many lives and is dearly missed by those she left behind.

Family and friends are invited to call on Sunday, March 6th from 2-4 PM at Miller Funeral and Cremation Services, 3325 Winton Road South.  Julia’s Funeral Mass will be held on Monday, March 7th at 10AM in Saint Boniface Church, 330 Gregory Street, Rochester.  Interment will follow in White Haven Memorial Park.  In lieu of flowers, contributions may be made to Saint Jude Children’s Hospital, 501 St. Jude Place, Memphis, TN 38105.  DONATE ONLINE