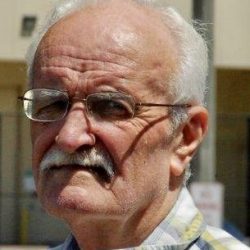 May 30,1936 to May 11, 2022. Though Tom Plant spent most of his adult life on the west coast in a career with the U.S. Postal service in the San Francisco Bay area, followed by many retirement years in Reno, NV, he has always considered the Rochester area and Pittsford, in particular, as his hometown. Tom grew up in Pittsford, was raised in the home his grandfather, Leo Plant, was born in, and as a third generation Pittsford family resident, Tom worked at the locally famous Pittsford ice cream sandwich restaurant, Hicks and Mc Carthys, as did his father and other relatives before him and followed by his younger brother after. After graduation from Pittsford Central H.S. (now Pittsford Sutherland) Tom joined the U.S. Marine Corps for a three-year tour, followed by becoming a Pittsford postal mail carrier for many years until transferring to the San Francisco Post Office for his remaining working years as a carrier. Tom enjoyed following baseball’s San Francisco Giants and remained steadfast fan. Tom retired to Reno NV in 2004, where he lived until his recent passing. Tom never married, leaves his younger brother, Jim, residing in San Diego, as well as numerous extended family nephews, nieces, and cousins. Tom had a special affection for one of his postal customers, the Carmelite Monastery in Pittsford (WEBSITE), and if interested, please feel free to join Tom and make a donation to them in his name. Thank you.
Tom’s Graveside Service will be held 10 AM FRIDAY May 27, 2022 in Pittsford Cemetery.