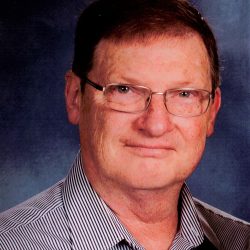 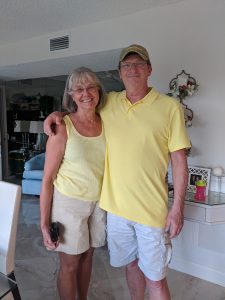 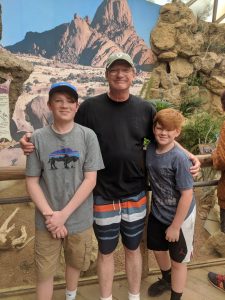 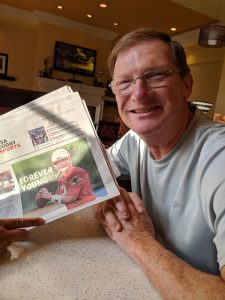 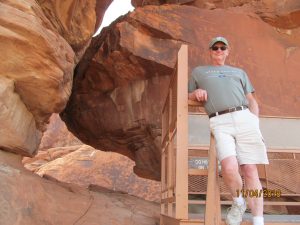 “If it’s a pain in the a**, you’re doing it wrong.” Telling it like it is since 1952, Paul Dobbertin now joins his loving family in heaven, where we hope he can get in with that fake ID we sent him with.

Born in 1952 to the late Inez (Sigler) and Darrell Dobbertin, Paul’s childhood was full of model rockets, severed fingers and close friends who he would get into trouble with his whole life. Paul spent many hours telling off-color jokes, blowing things up and taking apart his dad’s lawnmower – skills which all turned out to be relevant through his personal and professional life.

Paul worked as a car mechanic until graduating from MCC. After graduating, he was proud to have contributed to design documentation of the Hubble space telescope and worked as a design engineer for Butler, Kodak, and Lehigh Design in Rochester. Anyone who spent time with Paul would be subject to highly technical discussions about film machines or other imaginative design solutions he was thinking about.

In retirement, he drove a school bus for Rush Henrietta Central School District, ran a lawnmower repair business out of his garage and sang in the choir at St. Joseph’s Church in Rush. He made many friends while bus driving and especially loved wielding justice upon his middle schoolers, who he affectionately called his “potato heads.” Paul was exceptionally talented with kids and machines. They just worked the way they were supposed to when he was around.

Tirelessly opinionated and irreverent, he wore his heart on his sleeve and was the first one to give good, if unsolicited, advice. It is unquestionable that he touched the lives of many around him. Paul is survived by his adoring wife, Anne, with whom he was inseparable, his beloved son, Joel Zumbolo, his daughter Alison, who is just like him, his grandchildren, Aidan and Owen Zumbolo, his best friend and brother, John Carlino, his loving sister Gail Bradley, brother, Clark, sister Margaret Vieira, and many friends, nieces, and nephews.

Paul battled a chronic form of blood cancer for the last 20 years of his life. While he had several close calls through those years, he was able to live a productive and vibrant life through most of it. He passed away peacefully surrounded by family.

Our family is so grateful to the medical care team that enabled and prolonged his wellness. We are grateful to his friends, neighbors and colleagues who loved and encouraged him, and we are grateful for the wonderful family of people who have reached out to us in this difficult time.

Family and friends are invited to Paul’s Funeral Mass on Tuesday, May 24th at 10AM at St. Marianne Cope Parish at St. Joseph’s Church (Rush-Lima Road, Rush, NY)

In lieu of flowers or donations, we ask you to please extend the kindness you have shown us to each other. Paul would have wanted you all to spend your money going out for coffees together and taking care of each other. Perpetuate your kindness into the world in honor of him.