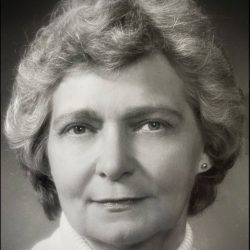 After a long illness, Doreen passed away peacefully in the early morning of May 3, 2022 at age 92. She was at home, with her loving family.

Born May 26, 1929, in Sherrill, NY, Doreen decided at a young age that she was going to go to college, get married, have four children, and have a career. Being determined, she did all those things, just not in that order.

Doreen attended the SUNY Teachers College at Oswego, where she met her beloved husband Harold (Hal,) of Beaver Falls, NY.
They married on June 24, 1950, and both graduated in 1951 with degrees in education. Hal then earned his MsEd. at Syracuse, and they moved to Rochester, and then Rush. Doreen finally attained her MsEd at Geneseo, in 1971. (Somehow, with four children!) Doreen was a dedicated elementary school teacher, with a keen interest in remedial reading.

Doreen, with her friends, founded the Rush Nursery School in Rush, when her two eldest kids came along (as planned.). She substitute taught when the kids were young, taught at the Nursery School, and was an active community member, volunteering with FISH, protesting the Rush landfill, and other causes important to her. As Hal retired from teaching, they both started new careers in Real Estate. They eventually built their own business, Coldwell Banker Manning Properties, in Henrietta. They were devoted to their clients and sales team, and it became one of the most successful agencies in the area.

Throughout their lives together, they were active in the boating community. They had many boats over the years, restored them together, and spent family time traveling the Finger Lakes, Ontario, Erie, and the St Lawrence Seaway. Turning to sailing, they learned to race Thistles at the Rochester Canoe Club. In their 60’s, this adventurous pair also took up Scuba diving. Ever intrepid, they later bought the Skybird, a Pearson 390 charter boat, in the Virgin Islands. For many years the family spent each August exploring the Virgins and the Lesser Antilles together.
When they retired, and decided they were too old for sailing, they lived for several years on an Albin 43 trawler, Dress Blues, travelling the east coast and gulf coast. Later, Doreen and Hal became founding members of the Riverwood Country Club in Punta Gorda, Fl., and took up golf. They then spent winters in Florida, and in recent years have lived at their farm in Rush, near all their children.

Doreen was a bright, courageous, loving, strong, and compassionate, woman. A devoted wife, loving mother, and loyal friend. she will be deeply missed by all who knew and loved her. Our lives will never be the same.

Doreen was predeceased by her mother and father, Muriel Webb Henley and Reginald Purslow Henley, of Sherrill, NY, and London, England.

An outdoor celebration of life will take place at home, in June.