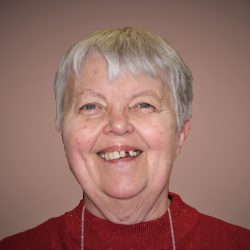 On June 10, 2022, Cherie Ellen Childs passed away peacefully at the age of 75 after a brief illness. Cherie was a resident of Geneseo, NY in her final years and made many friends during her time there. Cherie is predeceased by her parents, Alton and Fern Childs (Farnham), and sister, Linda. Cherie is survived by hersons: Thomas (Kristy) and Shawn (Lisa) Gleason; grandchildren: Kyra and Elijah Gleason; her sister, Christine (Ross) Thompson; brother, Daniel (Rosemary) Childs, and numerous nephews and nieces.

Cherie attended high school at Charlotte and graduated from Kendall High School in 1966. She also attended SUNY Brockport College. Cherie was known for her artistic ability early in her life. She spent most of her career helping others as a Home Health Aide. A hard worker, she retired from Hilton East in2010.

Cherie was a fan of Lucille Ball and Shirley Temple – the latter of whom she was frequently compared to when she was child because of their resemblance to each other. Cherie was very social. She would talk to anyone, and most would love her before the conversation was done.

Cherie was a member of the Rochester Northside Lioness Club for years. During that time, she served as Secretary and was named Lioness of the Year in 2013 and 2015. She delighted in playing the Easter Bunny one year for the organization. Cherie also volunteered for Fall festivities in Hamlin, NY, assistingwith the School of Screams haunted house and Hamlin Scream Fest.

Cherie practiced reiki and other forms of holistic medicine. She was very spiritual in nature and sampled many beliefs in her journey of discovery which took her far and wide. Cherie was fond of putting together puzzles and playing games with family and friends. She loved animals and owned a number ofcats and dogs in her earlier years. She was especially fond of orange cats and deer – the latter of which she felt a deep spiritual connection. She enjoyed visiting Letchworth Park with her family to view the gorge, connect with nature, play cards, and relax around a campfire.

The calling hours for Cherie will be held from 10 am to 12 pm on July 10, 2022 at Miller Funeral and Cremation Services, Inc 3325 Winton Rd. South. Donations can be made in her memory to the Friends of Letchworth State Park. Click HERE to Donate