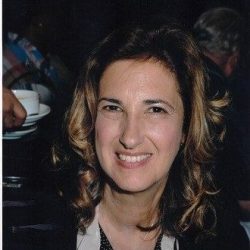 Laurie (McDonald) Bellis, 67 of Mansfield, TX went to be with the Lord on July 17, 2022 surrounded by her family. Laurie was born to Antionette Zicari and Robert McDonald in Rochester, New York on August 26, 1954. She graduated in 1972 from Madison High School in Rochester.
Laurie met and later married her loving husband Jim Bellis in Rochester on January 19, 1980.
While she worked in a variety of jobs over the years, her favorites were working in Tennessee as Credit Manager for Lowes and later Columbia Paint & Wallcover. Her most cherished job was being CEO of the household.
Laurie was a member of St. Peter’s Episcopal Church in Columbia, TN.
Laurie could talk with anyone – she never met a stranger. She volunteered in many organizations over the years, including the Methodist Mansfield Medical Center Auxiliary, the Texas Health Recovery and Wellness Center, American Heart Association, Habitat for Humanity and various school activities with her children.
She especially enjoyed cruises and vacations to the Caribbean, Nascar races, bowling and trips to the casino. Laurie and Jim were season ticket holders with the Texas Rangers for many years, but she would always root for the New York Yankees when the two teams played against each other. Her greatest joy was spending time with her grandkids.
She is preceded in death by her parents Antionette and Robert McDonald; and brother-in-law Joe Giglio.
She leaves behind to cherish her memory her husband of 42 years Jim Bellis; son Joel Bellis; daughter Kaci Kremer (Danny); grandchildren Joel Bellis-Duran, Aiden Kremer and Gia Kremer; sisters Kathy Zona (Sam) and Barbara Giglio; brother-in-law Jack Bellis (Lee Ann); numerous extended family and friends across Texas, Tennessee and New York, especially uncle Anthony Zicari, cousin Carmella Trebbe, and special friends Kathy Cameron, Sherry Dunnagan, Vicki Gentilcore, Gail Lewis, Pauline Oden, Jan Sofia and Jack & Sandy Bullard. She also leaves behind her beloved Maltese, Bella.
Her family would like to especially thank and acknowledge her doctors, nurses, care techs and volunteers at Methodist Mansfield Medical Center who provided extraordinary compassion and care for her during the final days of her life.
A Funeral Service will be celebrated on Saturday, August 6th at 11AM in the Interfaith Chapel of Miller Funeral and Cremation Services, Inc., 3325 Winton Road South, Rochester. Interment will follow at Ascension Garden Cemetery, Henrietta, NY.