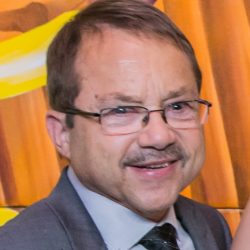 Daniel Carl Olson, of Henrietta, NY, passed peacefully in the early afternoon of 4 August 2022, surrounded by his family. Dan, 68, was predeceased by his father, Carl Richard Olson, and stepfather, Donald Newhouse. He is survived by his mother, Betty Newhouse, brothers Guy and Rod, stepsisters Carol Nordland and Joni Judd, wife Mary Susan (Shay), children Richard (Amy) Olson and Christina (Cameron) Michaelree, grandchildren Raylan, Lila, and Benen, and several nieces and nephews. Dan is also survived, remarkably, by the family cat of 20 years, Hank, with whom Dan formed an especially strong bond in his later years.

Dan was born in Jamestown, NY and graduated from JHS in 1971. He later completed his Bachelor’s in Accounting at Empire State College. Dan retired in 2018 after 40 years of service as an accountant at multiple Rochester and Olean area businesses.

Dan met his wife Mary Susan, of Olean, NY, in 1977. They were married in Olean in 1979. He will be remembered as a loving husband, father, and grandfather. He took great pride in the accomplishments of his children, wholeheartedly supporting them and their friends in their endeavors and, at times, misadventures.

An intensely amiable man, Dan warmed any room he entered with his welcoming presence and good-natured sense of humor. He lived his life according to his family’s addendum to the mealtime blessing: “Lord please make us aware of the needs of others.”

Dan loved sports, volleyball most of all, and he was a terminal, long suffering Buffalo Bills fan. He also enjoyed family vacations to the beach and evenings spent playing bridge with friends.

Family and friends are invited to call from 4:00 – 7:00PM on 22 August 2022 at Miller Funeral Home (3325 S Winton Rd, Henrietta, NY). The family suggests donations to a favorite charity in Dan’s name as a memorial.