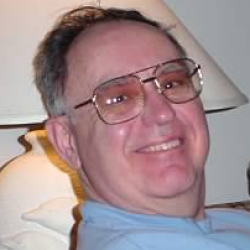 Clifford W. Thayer of Gates, passed on August 26 at Unity Hospital after a short illness.
Mr. Thayer was born April 11, 1940 in Sodus NY to Warren and Garnett Thayer. He was retired from General Motors / AC Delco in 1995, and worked for Star Market and Parts Plus as well. He was a member of the West Henrietta Baptist Church.
He is pre-deceased by his wife Marlene Thayer, and his parents as well as some of his siblings. He is survived by his children Brian Thayer, Kim (Todd) Surdick; grandchildren, Allyson and Jake; sisters Irma DeLyser and Lois Walker, and brother Louis.
A private interment will be held at a later date. In lieu of flowers donation may be made to the Marion American Legion Post #1430, 4141 Witherden Rd, Marion, NY 14505.