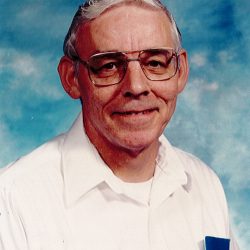 Born on Dec 11, 1938 on a farm in Winterport, Maine, the ninth child and seventh son of Ida Rose (DuPlessis) and Alonzo L. Bergeron, both predeceased. His wife, Barbara Ann (nėe Caimano), and his oldest brother Cal also predeceased him. Both Al & Barbara were teachers, having married in 1967 in Christ The King Roman Catholic Church, Irondequoit, NY. His school where he was teaching required him to forfeit pay for those two days he was off because they determined his wedding didn’t qualify as “personal days”. He took the time off anyway. They were married for 47 years before Barbara went to the Lord in 2015.

Al was a past president of the Holley Teachers Association. He retired in 1996 after teaching in public schools for 33 years; then he retired again in 2002 from drywall business after which he and his wife Barbara Ann removed from Hilton, NY to FL where he once more joined the work force this time as a certified nursing assistant (CNA). When Barbara’s health declined in 2015, he retired for the last time. His last employer and coworkers at Freedom Pointe in The Villages, FL as well as his acquaintances admired his loyalty, a trait he worked on his entire life. After Barbara passed, Al removed again to Royal Palm Beach, FL to live with his son’s family.

Throughout his life, Al’s three loves were God, Family and Country. Al traveled to as many places as he could. That included all of New England, Alaska, most of European capitals, London England, and a six-week tour of Italy in addition to cruising the Caribbean Seas several times. In addition to traveling as a tourist in the accompaniment of his wife, he studied in Paris, France for three summers. Academically, he earned his BA from St. Bonaventure University in Olean NY and his MA from NYU in NY City.

He attended high schools and institutions of higher learning in several locals including Mt. Carmel in Niagara Falls Ontario Canada, Mt. Carmel in Middletown NY, and Mt. Carmel in Williamstown MA; St. Bonaventure University Olean NY, L’Université Laval Québec, PQ, State University of NY at Brockport NY, Temple University (study-abroad program at the Sorbonne Paris France), NY University (NYU’s study-abroad program in Paris France). No wonder his friends identified him as a true cosmopolitan. He once quipped that his list of schools sounded more like a travel brochure. And indeed, he enjoyed the art od travel in the historical context. He bragged that the most fascinating school he ever attended was at the Sorbonne since this college draws its heritage dating back to the 13th century. The particular buildings he studied in were actually 600 years old! This contributed to his love of French history.

In lieu of donations, his family asked that you please add Alfred to your prayer list or a charity of one’s choice .

A public Mass for the deceased will be celebrated at__________ on____ . Internment of ashes will be in Holy Sepulchre Cemetery, Rochester, at the convenience of the family with arrangements provided by Miller Funeral Home, 3325 Winton Road South, Rochester, NY 14623

Attach a photo to be used with the obituary.

The obituary should appear in the D & C after arrangements are made with son EDWIN BERGERON.

A second printing should be made in the Sunday edition immediately preceding the funeral; or if after the funeral, then a modified version needs to be used.