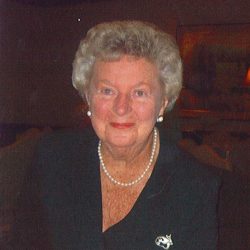 Canandaigua: Passed away on September 25, 2022 at age 101. She was predeceased by her husband, Charles Dunphrey and stepson Stuart Dunphrey; parents, Willem and Maria Versteeg. She is survived by her stepson Robert Dunphrey and his wife, Kate Crowley of Honeoye, NY; Stuart’s wife Suzanne, his children Wendi Verno and Michael Dunphrey, great-granddaughter Alyssa Verno; and several dear friends.

Maria was born in The Hague, Netherlands, coming to New York City in 1921. Five years later she and her family moved to Rochester where she completed her education. In 1941 she married Eugene Diamond. After Pearl Harbor they moved to Washington, D.C. where she worked as Secretary to the Orthopedic Department at Walter Reed Army Medical Center for over 10 years. She returned to Rochester and worked for several doctors ending at the Genesee Hospital as the Secretary to Pathology.

In 1952 she married Charles Dunphrey. They moved to New York City but once again returned to Rochester. She was the Secretary to the Chief of Surgery at the Genesee Hospital. After her husband’s death, she traveled extensively in Mexico, Europe, the Caribbean and Northern Africa. Her greatest love was opera and she actively participated in its preservation for years.

Maria volunteered for over 30 years at both the Victor Farmington Library and at FF Thompson Hospital. She retired in 2018 to the Quail Summit in Canandaigua where she enjoyed the activities and companionship.

The family would like to thank the staff of MM Ewing Continuing Care Center for their expert and compassionate care of Maria.

Services and Interment will be held privately at Maria’s request. In lieu of flowers, contributions may be made to the Hochstein School of Music and Dance, 50 Plymouth Avenue, Rochester, NY 14605 or to MM Ewing CCC, Parrish Street, Canandaigua, NY 14424.