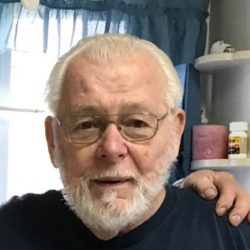 Rochester: Passed away on September 22, 2022 at age 89 would of turned 90 on October 8, 2022. He was predeceased by his wife Gladys. He is survived by his sons William & Dawn Lockwood, Rich & Donna Grace and Mike Grace. He has 6 grandchildren, 12 great grandchildren & 2 great great grandchildren. His sister Doreen Spero, nephew Brian & Brandy Dintruff and several nieces.

Robert was born in West Bloomfield, NY, he then moved to Rochester. He also served in the military. He enjoyed spending time with family and working on his cars. His prize possession was his 1989 Mercury Grand Marquis. which he passed onto his son William.

Services and Interment will be held privately by family. In lieu of flowers, contributions may be made to a Veterans Agency to support our Veterans or Newark Wayne ICU department, 1200 Driving Park Ave, Newark, NY 14513.