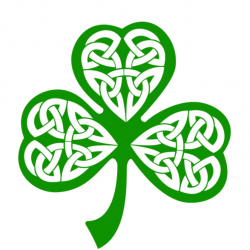 On Monday, October 10, 2022, Marie Casey (Vaeth) Leo passed away after a brief struggle with ALS. Marie was one of ten children born to Joseph E. Vaeth and Margaret C. (Casey) Vaeth on June 22, 1938 in Rochester, NY. Growing up in the Vaeth household fostered a true love for family, traditions and commitment to faith.
Marie was a proud graduate of Our Lady of Mercy High School in 1956, part of a long standing custom in her family. After graduation she worked at her family business, Atlantic Millwork, as a bookkeeper. On May 31,1958 at St. Anne Church in Rochester, Marie married Arthur William Leo III and soon settled in Rush, NY, where they raised their six children: Arthur Joseph (Rusty), Christopher John, Anne Marie, Julie Anne, Patricia Susan, and Stephen James. The family home was a special source of joy for Marie, its blueprints drawn by her father and its construction managed by her husband. The big front yard was the site of many family activities, most notably an inestimable number of kickball games, during which Marie could often be observed bending traditional rules of the game to assist the younger family members, occasionally picking them up to “run” them around the bases while simultaneously staring down any older participants who might object to the suspension of “fair play.” Every table in the home was filled by family and friends for lively holiday and Sunday dinners, culinary highlights including Marie’s German potato salad, baked beans, macaroni salad, and blueberry kuchen. She will also be fondly remembered for her cut-out cookies and their seasonal deliveries to family members around the globe.

As active members of St Joseph’s Parish in Rush, Marie and Art endeavored to foster in their children, and in their children’s children, love and respect for the Catholic faith. Her devotion to the Blessed Mother Mary was evidenced by her recitations of the rosary and her insistence that prayer requests directed to Mary would be heard and acknowledged in some way.
Returning to work after the children achieved greater independence, Marie was employed at J.C. Penney before serving the Rush-Henrietta School District for many years as an administrative assistant in several buildings. During those years she made many friends and was well-known by thousands of students for her candy drawer and compassion.  An avid baseball fan for most of her life, Marie is remembered for warming up the black-and-white television set as the older children raced home from the bus stop to watch daytime World Series games. This passion continued as she attended many, many sporting events played by her children and grandchildren.
Marie is predeceased by her parents and her siblings, Joseph, Richard, Barbara Shaughnessy, John (Jack), Thomas, and Margaret Anne. She is survived by her loving husband, Art; sisters Patricia Scheg and Kathleen Vaeth; brother James, his wife, Judith; son, Art, his wife, Susan, and children: Casey and husband, Dany Garcia, Mara Bower-Leo, Brodie and Emmett; son, Christopher, and children: Shana Leo, Rachel Guzman and husband, Anton, and Katie; daughter, Anne Marie, her husband, Louis Catapano, and children: Stephen and wife, Melanie, Michael and wife, Jaymee, Thomas, Catherine, Jonathan, and Elizabeth; daughter, Julie Anne, and children: Bridget Baker-McCord and husband, Matthew, and Brian Baker; daughter, Patricia Clark and husband, Keith; and son, Stephen and children:
Analiese and Bergen. She is also survived by her great-grandchildren: Leo, Sucely,Brandon, Gianna, Sophia, Deion, Layla, and Talia, and by many beloved nieces and nephews. Marie creatively managed to make ALL confident that they were her favorite.
In accordance with Marie’s wishes, a funeral mass/memorial service will be held in the spring.
Those who knew Marie are likely to remember her advocating that in moments of adversity, difficult situations and even mere stress, all we need to remember is to “Say three Hail Marys.” With Marie in mind, please join her family in applying that advice at your earliest convenience, and any time you might benefit from a little maternal support or intervention.