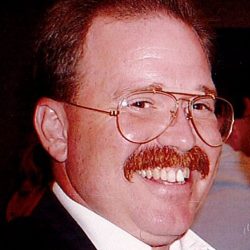 Eric Stephen McConnell, Henrietta NY, passed away suddenly on October 29th, 2022 at the age of 63.

Eric was born in Rochester NY, to Judith and Laurimore McConnell and grew up with his younger brother Paul. As a teen, he loved spending his time being active with golf, soccer, and swimming. Eric graduated from Pittsford Mendon High School where he met his wife, Cheryl. He then attended Clarkson University to study accounting, which helped spark his interest in business. Eric later went on to graduate school at the Simon School of Business and earned his MBA.

Eric had a fulfilling career in banking, finance, and real estate where he was able to utilize his social and networking skills. Eric had the gift of gab and never shied away from sharing exactly what was on his mind. In his spare time, he enjoyed being outdoors, golfing, fishing, hunting, playing tennis and tending to his many plants. Most of all, he loved spending time with his family and friends.

Eric was a kind and loving partner to his spouse Cheryl, as well as a dedicated father to their daughters, Lindsay and Alycia. While he cherished his role as husband and father, his favorite people called him “Papa”. Eric was the proud and loving Grandfather to Parker, Will, James and Eleanor. They were the light of his life in recent years and having them visit was his greatest joy.

The family will hold calling hours on Thursday November 3rd, at Miller Funeral Home from 3-6PM. The funeral service will be held privately for the family.